Which American Kids Don't Have the Right to Vote? Ours!

From Overseas Vote Foundation
This email address is being protected from spambots. You need JavaScript enabled to view it.

(Please note that this article has been updated and that, as indicated below, there are now 23 states plus the District of Columbia where American children born abroad can vote.)

When I go grocery shopping, I hit the ethnic food aisle for peanut butter. My 10-year-old is reading â€œKing George: What Was His Problem?â€ on top of memorizing the Bourbon kings. And of course we celebrate Thanksgiving even though it's near impossible to find a nice fat turkey in France in November.

Sound familiar? Most expat parents go to a lot of trouble â€“ and expense â€“ to keep their families connected to the US: holidays, international schools, yearly pilgrimages to stateside relatives.

If your child was born overseas, then you also almost certainly braved the paperwork to provide your newborn darling with an American passport and Social Security number.

When these foreign-born American citizens overseas turn 18, they will need to file US taxes and sons will be expected to register with the Selective Service. But a lot of them won't be able to vote.

Surprised? You're not alone. At Overseas Vote Foundation, we get a regular influx of questions to our Voter Help Desk from parents who want to help their dual-national or expat 18-year-old exercise their right to vote. Theyâ€™re often bitterly disappointed when we tell them that said 18-year-old doesn't have a right to vote.

What's up with that?

The Uniformed and Overseas Citizens Absentee Voting Act guarantees the right to vote in federal elections for American citizens living temporarily or permanently abroad, doesnâ€™t it?

Yes. But the tricky part is in Section 107, â€œDefinitionsâ€. An overseas voter is:

But what if the person in question has never been domiciled in a state? UOCAVA doesnâ€™t cover them. The right to vote is not guaranteed by the Constitution; it is a â€œgiftâ€ of the states. If you move back to any state: problem solved.

But donâ€™t think that having gone back to see Grandma every summer counts; every state has different registration requirements but coming through on vacation, even long ones, doesnâ€™t meet them.

Now, there are 16 states that have already been convinced of the unfairness of this and allow children born overseas to register using one of their American parents registration address: Arizona, Colorado, Delaware, Georgia, Hawaii, Iowa, Massachusetts, Michigan, Nebraska, New York, North Dakota, Oklahoma, Rhode Island, Tennessee, West Virginia and Wisconsin.Â  Editor's note: since this article was written a number of states have joined this list; as of August 2012, 23 states and DC allow these children to vote.Â  To the above list, you can now add: Connecticut, Illinois, New Hampshire, North Carolina, Ohio, Virginia and Washington, in addition to the District of Columbia.

And there are lot of foreign-born voters who have registered from overseas and their election official has either let it pass or not noticed. But, technically, itâ€™s against the rules in the 44 other states. (No election official I contacted seemed very sure of the answer to this question, but it would appear that children born in the states but raised overseas, like mine, also fit in this category).

How many 18-year-old potential American voters are disenfranchised by this oversight? No one really knows. Hey, hereâ€™s a good idea: why donâ€™t the Census people count Americans overseas? But thatâ€™s a different can oâ€™ worms.

We guesstimate the number is around 200,000, a figure too small to have captured any federal legislatorâ€™s interest despite regular complaints from AARO and its allies.

Help is On the Way

Recently, a commission which, chances are, youâ€™ve never heard of â€“ the Uniform Law Commission (ULC) â€“ took it upon itself to address this unintentional injustice.

The ULC is a non-profit staffed by some 300 lawyers, judges, legislators and law professors who volunteer all the time they devote to the organization. Its purpose is to draft â€œUniform Lawsâ€ for legal areas that all states must govern and where the law functions more effectively and justly if all the states operate in the same way. The Commissionâ€™s best-known laws are the Uniform Commercial Code and the Uniform Gift to Minors Act.

The ULC is currently working on the Military Services and Overseas Civilian Absentee Voters Act, which would allow children born overseas to vote by using their parentsâ€™ address.

(It would also solve several other overseas electoral problems that federal legislation canâ€™t address. More on that in future postings!)

If the Commission approves the final draft of the law, then it will be submitted for passage by each stateâ€™s individual legislatures. The law would apply only in those states where the legislature votes Yes, but it doesnâ€™t need to be passed by all 50 to be valid.

On its current schedule, Commissioners are hoping that at least 25 states will pass the law by 2011, enfranchising tens of thousand more young Americans in time for the 2012 election.

To us expat families, itâ€™s not about how many voters are left out. And itâ€™s not about the mechanics of voting. Itâ€™s about having our right as American citizens to transmit that citizenship to our children. And, letâ€™s face it, citizenship without a guaranteed right to vote is second-class.

Expat or no, most Americans would agree that there should be no second-class American citizens. The 1986 UOCAVA law righted this wrong for us; letâ€™s hope the ULC succeeds in righting it for our children.

AARO urges all Americans overseas who have not already done so to create an account and enroll in the Smart Traveler Enrollment Program (STEP) in order to receive updated travel and other security information, particularly during the COVID-19 crisis. AARO's understanding is that the information contained in the enrollment is NOT shared with the IRS or other USG agencies. 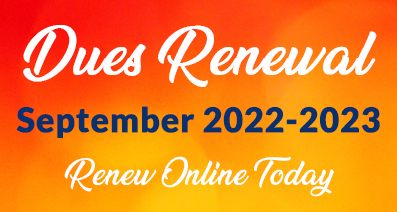 In addition to its core activity of advocacy on behalf of the almost 9 million Americans living and working abroad, AARO offers benefits to members that can make their life abroad easier and more interesting!